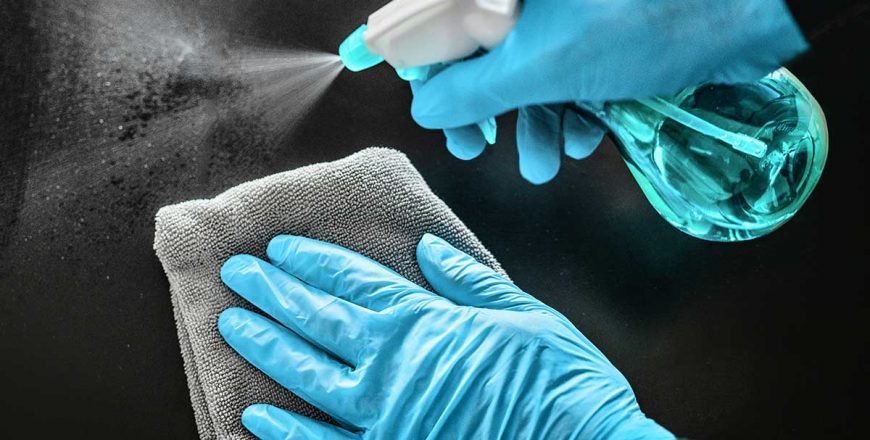 Are you obsessed with cleaning products? Does your closet have to be meticulously organized before you begin or end the day? Do you insist that glassware be arranged in the kitchen cupboards or pantry specifically by shape, height, size? If yes, then you may suffer from obsessive compulsive disorder (OCD).

THE TOP 10 SIGNS YOU MAY HAVE OCD

OCD is a mental disorder that affects a small number of Americans – only about one percent – but it garners a lot of attention because it can be noticeable.

You may recognize these prominent OCD behaviors:

While we still do not know the exact cause of OCD, research suggests differences in the brain and genes of those affected play a role.

Research suggests that OCD involves problems in communication between the front part of the brain and deeper structures of the brain. These brain structures use a neurotransmitter called serotonin. It is a chemical messenger acting on blood vessels and pain control pathways in the brain. In some people, the brain circuits involved in OCD become more normal with either medication that affects serotonin levels (serotonin reuptake inhibitors) or cognitive behavior therapy.

Research proves that OCD is family-based, and that genes have a role in the growth of the disorder. Genes look to be only somewhat responsible for launching the disorder, though. No one is sure of other factors that could be involved. Maybe even ordinary life pressures or illness can stimulate the activity of genes related to the OCD symptoms.

Some experts believe that OCD beginning in childhood may be unique from the condition that starts in adults.

“PANDAS (Pediatric Autoimmune Neuropsychiatric Disorders Associated with Streptococcal infections) is a type of OCD that occurs in childhood following the body’s reaction to infection. PANDAS looks very different from other forms of childhood OCD, the most obvious difference being that it happens very suddenly, with the child starting to have symptoms seemingly overnight, and has a very severe impact on the child’s life.”

If you believe you suffer from OCD and have decided to get help, schedule an initial exam with your medical doctor. Depending on the outcome, you may then be referred to a mental healthcare specialist. In either case, an effort will be made to determine underlying causes. Typical treatment involves psychotherapy, self-help, group therapy, changing your eating habits, or even prescription medicine.

Research has also shown that ketamine infusion therapy is helpful in patients suffering from OCD or other mental illnesses, as the drug works to repair or enhance neurotransmitters in the brain to better control symptoms.

If you or a loved one have questions about the clinical use of ketamine to help treat the symptoms of OCD we can help. Please contact us today to learn more.